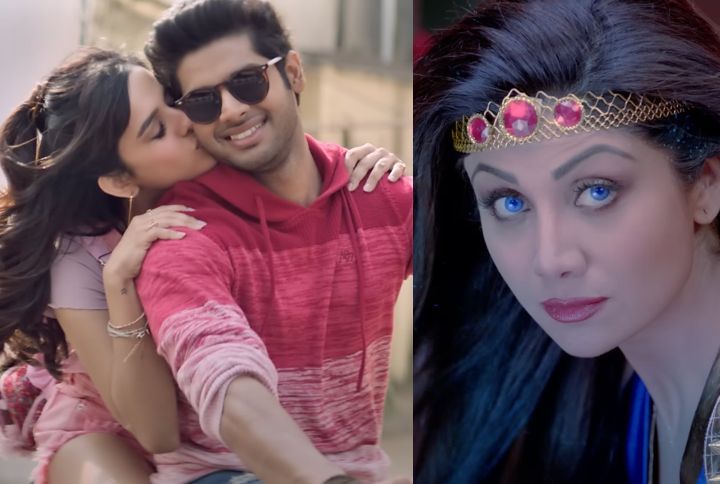 Abhimanyu Dassani made his Bollywood debut in 2018 with Mard Ko Dard Nahin Hota and ever since his first film, Abhi underlined the kind of actor he wanted to be in the industry. If that wasn’t enough, he took that a notch up with Meenakshi Sundareshwar, which released last year. From being a typical action hero in a niche setup to a calm and composed, Sundar, Abhi showcased an array of emotions in the two projects he was a part of.  So when the Nikaama announcement came, I was only looking forward to watching what he has in kitty next and now after witnessing the trailer, I can say that he has managed to surprise me, yet again.

Nikamma is a story of a guy with zero motive in life living it to the fullest till life happens. What makes this Sabbir Khan directorial a must watch are the seeti-maar dialogues, those action sequences that look fresh and of course the two ladies that star in it. While Shirley Setia looks super promising, Shilpa Shetty Kundra’s superhero avatar surely got me hooting for her. All in all, this 2 minutes 54 seconds trailer takes you on a roller coaster ride and promises to be a complete masala entertainer.

Talking about his journey with the film, Abhimanyu said,

“Nikamma made me a hero from an actor. It symbolises what Bollywood stands for entertainment to its best. The film appealed to me with its wholesome package of emotions, from action, romance, comedy to drama, the film holds you at its core. The story is extremely relatable and resonates with everyone in our society given the basic values at the crux. I had a blast working on the film and can’t wait for the audience to experience it now.”

Check out the trailer below!