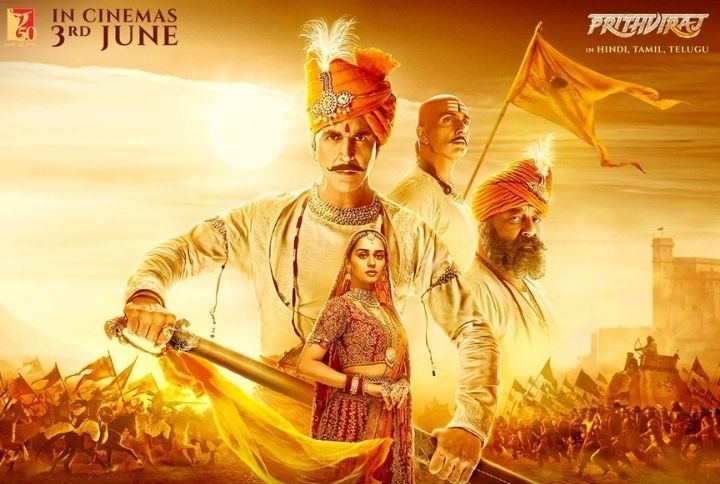 The trailer for Akshay Kumar and Manushi Chhillar’s most awaited period drama dropped in this morning. And ever since I saw it I have been mind blown. Well, the film has been much anticipated, earlier in November the team had treated us to a teaser giving us a little sneak peek into the story. Now, with the trailer a little more of the 12th Century CE era has been shown, watching this has totally left me awestruck. The scale at which the period drama has been made is humongous and the impact every character brings adds to the impact of Prithviraj. In fact, after watching the trailer I am only keen to watch this magnum opus on the 70 mm and nothing less.

Akshay in the titular role of the gallant Rajput King is totally acing with his craft, but I am also impressed with Manushi’s portrayal as Rajkumari Sanyongita. Sonu Sood as the poet Chand Bhatt. Sanjay Dutt as Kaka Kanha and Manav Vij as Muhammed Ghori only make the trailer more impressive. In all sincerity, after watching their performances I can imagine the stellar story we are going to witness next month.